Here is a quick mention of an interesting fifth in American Bottle Auctions upcoming auction.

Lot #92 is a bottle that blog readers have commented on several times, the "fat boy" J.F. Cutter or as it is identified in Thomas as the 'variant 1' J.F. Star in Shield. 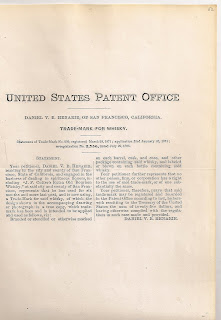 This appears to be a good example of this variant, with that monster barrel top and overall crudeness you could expect on a very early fifth. I had hoped to get a good look at the bottle in Pomona, but it was not part of the group that was there to be viewed. Look at the video at the auction site (see link in Our Favorite Sites) to see if the damage near the lip is significant in your collecting viewpoint. I think the written and verbal description from the auction house gives you a good idea of the basic desirability of the var. 1 J.F.'s. They are sometimes very crudely made, and even to someone that handles many whiskey bottles each year, the overall look of this bottle makes it appear to be much older (60's)? than other applied top fifths.
Darker amber is typical for this fifth, recently I have seen at least one in a bit lighter shade of old amber. Green examples are known, but are extremely rare. 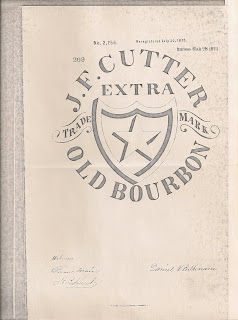 Attached a couple of pages of patent information, the J.F. Cutter Star in Shield design was registered in California in Apr. of 1870. The application to the U.S. Patent Office was submitted in Jan. of 1871 and claims the trademark had been in use for 6 months. 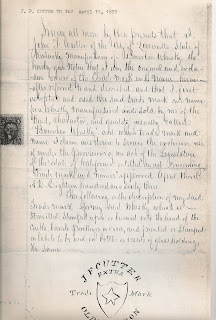 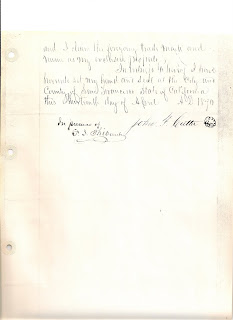 Posted by soleagent at 3:13 PM