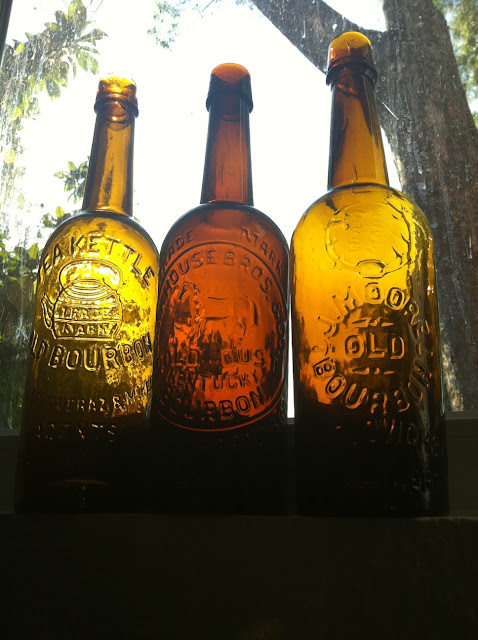 I'm bringing some of my best fifths to the table this year: a Gold Dust, Jockey Club, J. Moore, and an Old Castle.  I won't be there on Friday with my dad and brother, but will join in on the fun on Saturday. Travel safe and I look forward to seeing you all at the show! P.S. This is for no other reason than a plug and I am not ashamed enough to not post it ;) 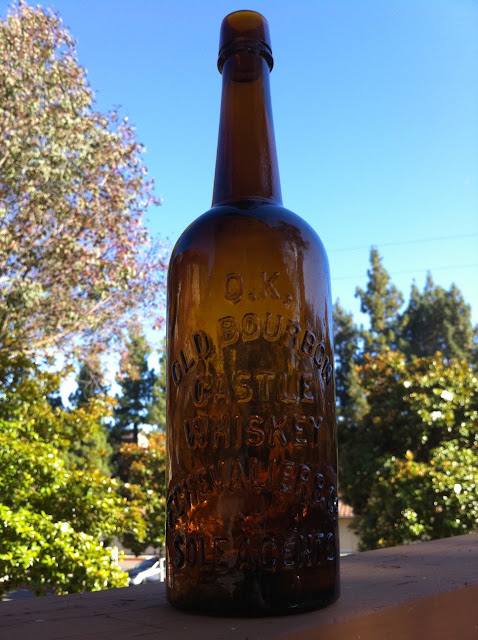 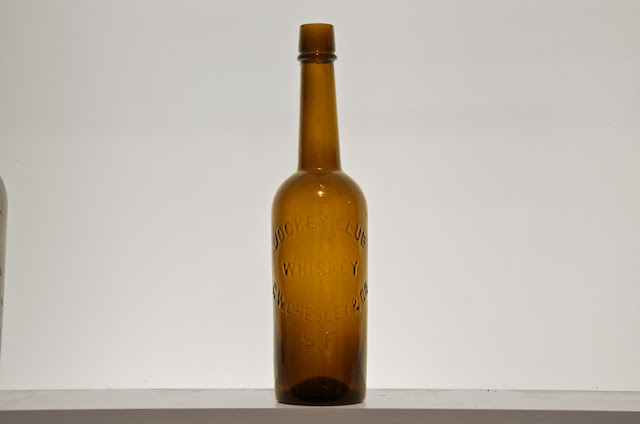 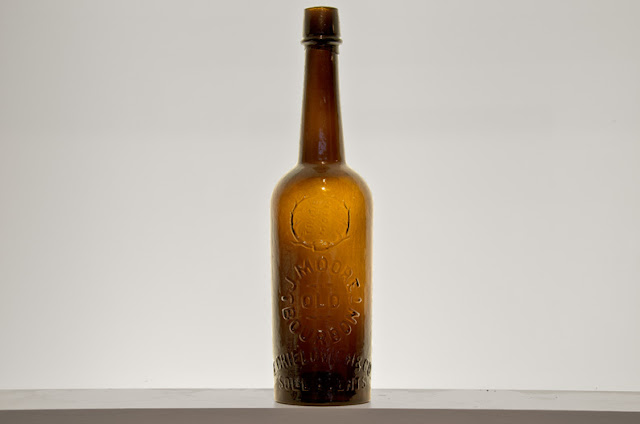 Wow, what a name! Pacific Mail and Steam Ship Co. It would be hard to find another brand which embodies the Old West more than the P.M.S.S. whiskey. Being an A.P. Hotaling bottle does not hurt either!

It seems like the "German" red whittled western whiskey's have decreased a bit in popularity the past few years. I believe that the theory that several of the late 1880s and early 1890s whiskey bottles were likely not blown in the West has caused some collectors to back away from them. This is disappointing, as these whittled, red gems are for the most part all rare to extremely rare. For overall beauty, they are hard to match, and even an 1889+ blown bottle is now 124 years old. The bottles like the N.Ahrens, P.M.S.S., Wm. Cline, Hilbert Bros.Commin's,Spears and Chevalier Whiskey Merchant's are as pretty today as they were before the "German Connection" was discovered. I personally love the earlier glass as well, but these red whittled beauties are important pieces of western history. They look gorgeous mixed in with the greens, olives, and yellows which are so desirable in western whiskey bottles. I believe there are about 15 of the P.M.S.S. fifths in collections which would qualify them as rare. DM

Posted by Westernglassaddict at 7:24 PM No comments: 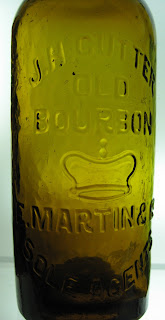 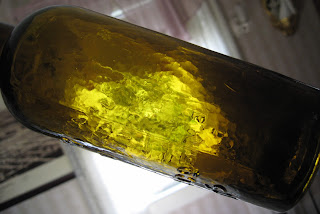 I thought I would share a few photos of an E.Martin Cutter "Mid-Crown". I know these are not super tough to get, and I have handled many over the years. This example, however takes overall quality, and crudity to a high level. As some of you may know, I have really focused on the "slippery slope" of western bitters, and this has required me to gradually liquidate my whiskey collection to provide the necessary funding to build a quality bitters collection. Of the finest examples of which I moved along, many of which were unbelievably crude and whittled, this lowly Cutter ranks up there with the best of them. Super whittled inside and out, a huge top, and light golden yellow color...slag in the glass, strong embossing and beautiful condition, have made this one a "keeper" for me. I have owned them in green, multi-color shades of amber, bright lemon yellow, and this example outshines them all. I know there are some amazing examples out there, so let's see them! The Mid-Crown would be a good candidate for a display in Reno, or other western show due to the many colors they are found. DM
Posted by Westernglassaddict at 2:10 PM 7 comments: