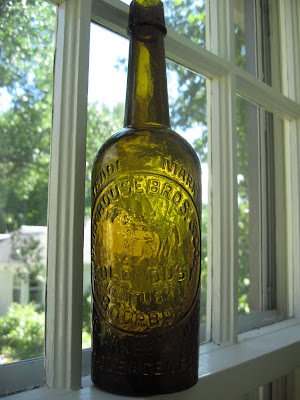 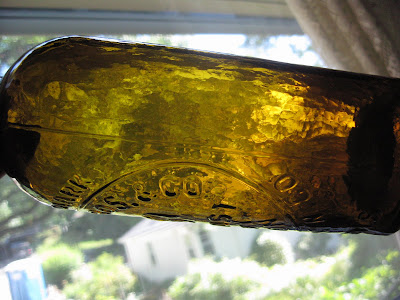 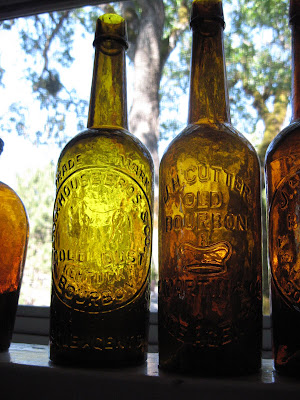 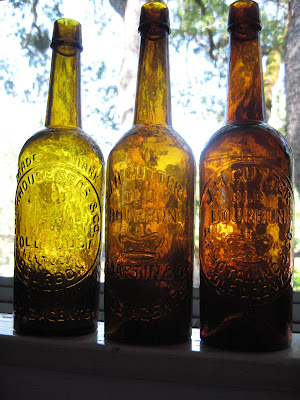 I have always loved the Gold Dust whiskeys. They are one of the stereotypical Western bottles with everything going for them. I have not been fortunate enough to extract one of these beauties from the ground, but I am grateful others have been. Here is a very light and heavily whittled N. Van Bergen Gold Dust. It was dug in Virginia City, Nevada in the early 1970s, and only recently found it's way to Oregon.

The N. Van Bergen examples (T-155) are a bit later than the "John's", but seem to be equally as beautiful, with color, and character rivaling their earlier brothers. As far as numbers in collections, I believe there are about twice as many John Van Bergen's as N. Van Bergen's, with perhaps 13-15 of the latter known. It is probably a good thing that the aqua versions began being blown in the early 1880s or there would probably be alot more of the "N"s out there! To me, both of the amber Gold Dusts are equally desirable.
Posted by Westernglassaddict at 4:52 PM