In the comments column of the previous J. F. Cutter post, Bumstead wanted to see more off color. Ask and ye shall receive.

Back in the mid to late eighties I had a job that actually paid well. While nearly everyone else was stuffing blow up their sinuses, I was busy stuffing glass on my shelves. The internet hadn't come of age and auction houses still relied on printed media. Some were going the extra mile and printing their catalogues in full color, most were not.


Back then, Harmer Rooke galleries was a force to be reckoned with. They were at the top of their game and were regularly sending out catalogues stuffed with both quantity and quality. In late November of 1990, a catalogue arrived in the mail. Nice color cover; black and white inside. This was the Christmas edition and had something for everyone. Marbles, political pin backs, autographed celebrity photographs, stoneware, dovetail boxes, and yes, even bottles. I made a quick pass through but it was anything but riveting. 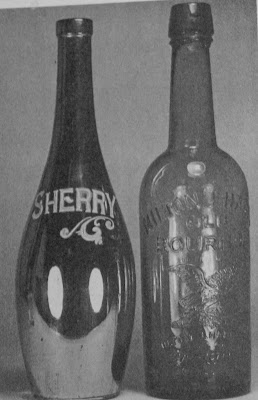 Hmm, lot 191 wasn't too bad; four western whiskies. There was a Dinnigan in the bunch. Oh well, I'd plug in a frustration bid. And then I spotted IT - lot 193; "Whiskey Bottle Lot" "Including a Milton J. Hardy Bourbon / amber and a back bar Sherry / silver on clear glass.


I called Chuck at the gallery and asked him about condition. (you remember Chuck aka Charles G. Moore - nice guy gone bad in the early 90's). Nope, nothing wrong with the bottle. Still had the original cork in it. Came out of an attic back east. And so, off to the races we went. Actually, it got off to a slow (real slow) start. Buried back on page 50, the lousy black and white photo was tough to get excited about. But I stayed the course and a couple of days before the auction hammered it caught on fire. The auction closed at 5:30 EST. With a half hour left, I called to place one last bid. Chuck was busy so I spoke with his wife, Melanie. "Just what shade of amber is it?" I asked. Amber, she repeated? No, it's more like a lollipop. And with that, I plugged in a shoot the moon left bid.

A week or so later it showed up on my doorstep. Even lighter yellow than I'd hoped for. A strike so crisp that you can cut steak with it (a Wichmannism...) and dead mint. Thanks to Melanie (and RTS for not outgunning me) I ended up with what I still consider to be one of the nicer pieces on my shelves. Cheap no; but worth every cent! 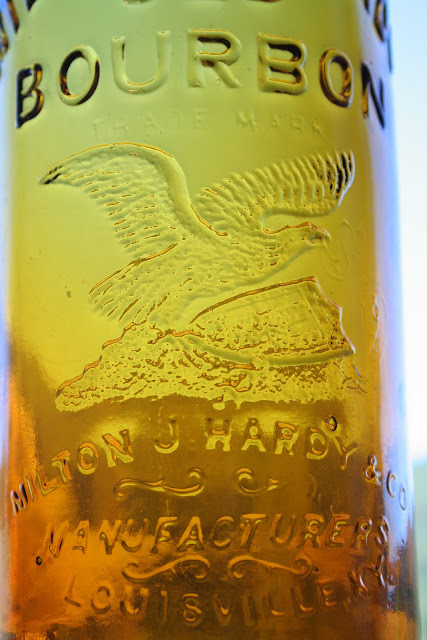 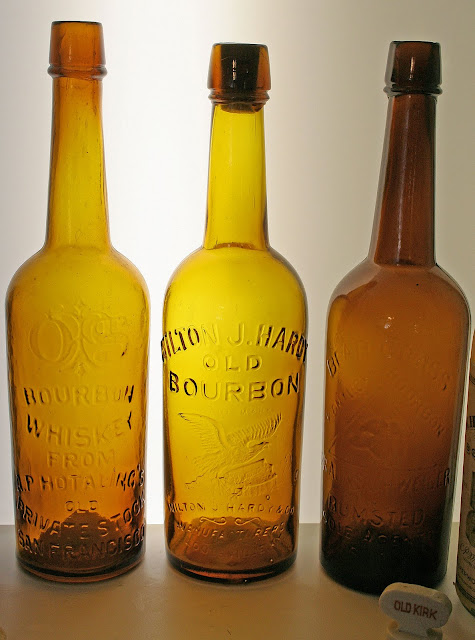