There was much more than just whiskeys at the SD Show....Here's a rainbow of colors in different shapes, sizes, and molds. Simply a gorgeous display that this photo fails to deliver proper justice! 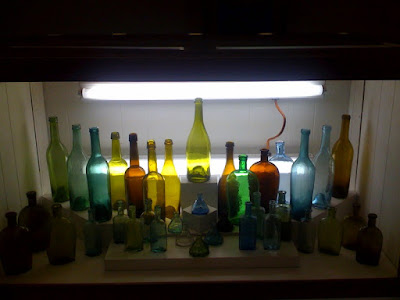 Here is a Western whiskey-pairings/counterpart display. 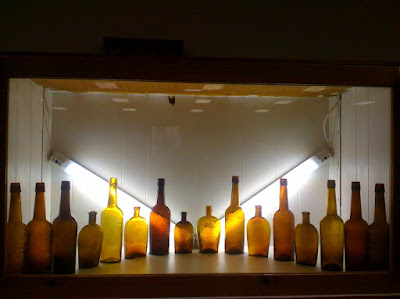 Late 1860's Western-blown Whiskey sixth in a solid Green coloration w/ glass swirls, knobby top, and lots of character and whittle. Dug a few years ago in So Cal!?!? 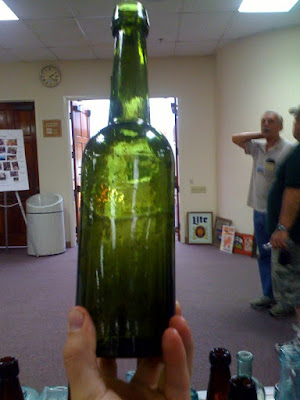 Same bottle as pictured above in back-lighting alongside its new green companions.... 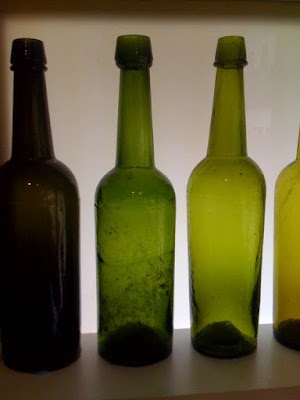 The Picture Simmond's Nabob....I managed to pick this one up for my brother since it's been the top bottle on his list for the last five years! Had to trade away a couple of tooled fifths, a newly acquired clear Boulevard Bourbon, and some greenbacks for towards this sucker. It's finally close to home, Kev! 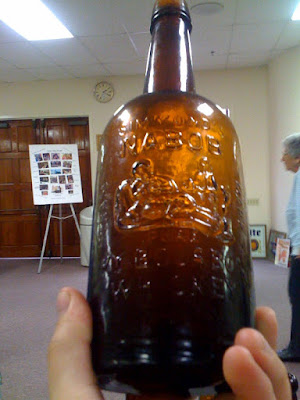 Anyone know how rare this M.J. Hardy Old Bourbon Barrel fifth is? I've heard definitely less than 10 examples known. The Thomas book says they are only known in amber. How about any others in such a light coloration?? 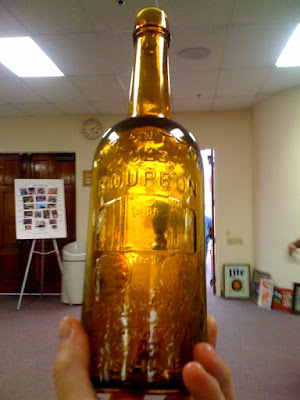 MJH Barrel in back-lighting next to an olive-amber Sole Agent Circle Cutter. 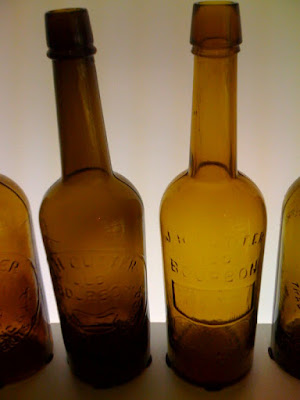 This MJH ended up being the lightest Cutter I own to date! It's as light as the yellow Lilienthal fifth I have, but has a slight orange-tone kick to it. 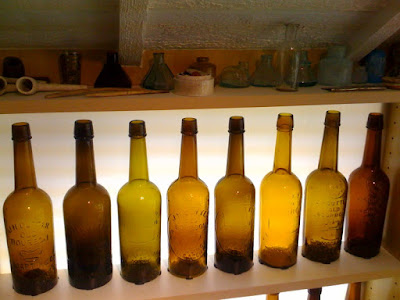 The San Diego show was a ton of fun! Thanks to all who sold, bought, displayed, and showed up for it....Now it's time to save up, and gear up for Reno and the Star n' Shield Shoot-Out!!!
Posted by J.F. Cutter Extra at 10:28 PM