Here are some tidbits from the Walker Bros... 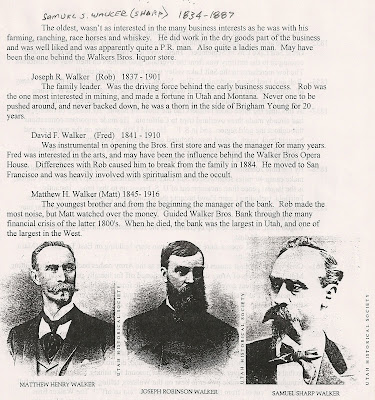 The four boys migrated to Utah with their mother in 1852.   Their father had converted to the Mormon Church in England and decided to come to Utah.   The typical immigrant route for the European converts was through New Orleans and upriver to St. Louis,  then by wagon train or hand cart to Utah.  The Walker family landed in St. Louis in 1850, at the height of the Great Cholera Epidemic of 1849/50.  Father and two sisters died in St. Louis, and it took the young boys 2 years of working odd jobs to earn enough to continue the trip.
Their mother remained a member of the Mormon Church,  but in the early 1860's the bros. argued with Brigham Young over several issues and left the Church.  Their continued prosperity no doubt rankled B. Young,  and they had very tumultuous relationship with the Church leader until his death in 1877. 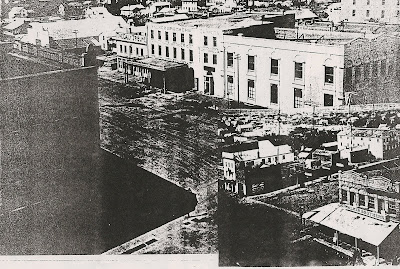 1872 photo of the Walker Bros. dry goods store and Walker Bros. bank building downtown Salt Lake City.
Inset photo shows store front from a different angle.
The Walkers had dry goods stores in both Fairfield, Utah and S.L.C.   The town of Fairfield sprang into prominence in 1858 with the arrival of Federal troops (Johnston's Army) and the creation of Camp Floyd.   Located approx. 40 miles southwest of S.L.C.,  Fairfield was a lively place catering to the soldier's "needs".  As the Civil War approached, Camp Floyd was abandoned with the enlisted and officers returning east to fight on both sides.. Union/Confed.  The "Johnson" of Johnston's Army was Gen. Albert Sidney Johnston,  famous Southern commander who died in the Battle of Shiloh in April of 1862. 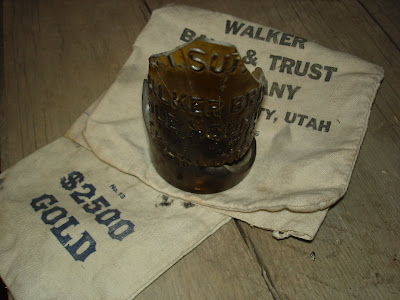 Walker Bros. bank got it's start when the brothers purchased a safe from a western bound wagon train.  They began by storing valuables and buying and selling gold dust.  Things grew from that meager beginning.
They survived, even prospered, during the financial panics of 1873,1893,1907 and by the 1920's had become the largest bank in Utah
The bank merged into the First Interstate Banking group in 1981. 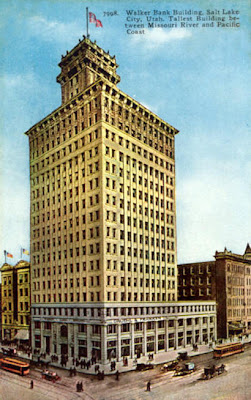 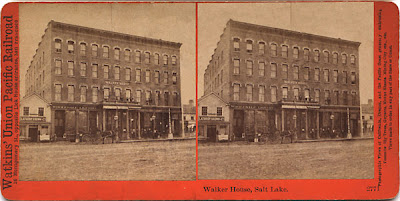 The famous Walker House Hotel was built in 1872 and boasted 200 first class rooms.   (copy of steroview sent to me by A.P.  many thanks) 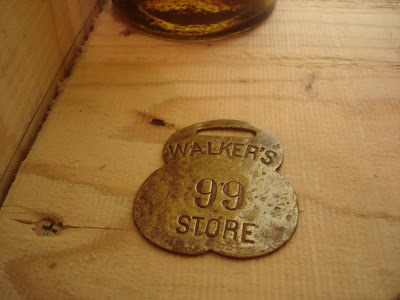 Tag or check from Walker's store... rumored to be from the Fairfield Store.. metal detector find.

Rob Walker was a mining baron!  The brothers made several million dollars in the hills of Utah.   Emma mine,  Price of Wales group,  silver chloride deposits in the Ophir, Utah area.  The big one, however, was the Alice Mine near Butte, Montana.  Actually had a town there named Walkerville. 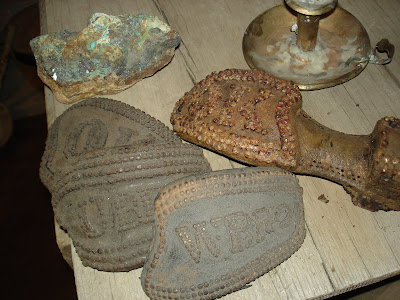 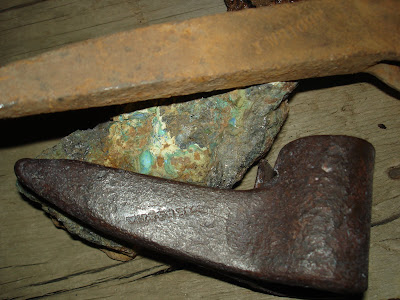 Stamped pick heads are collectible I guess..   This Walker Bros pick came from a small workings in the Dry Canyon District. 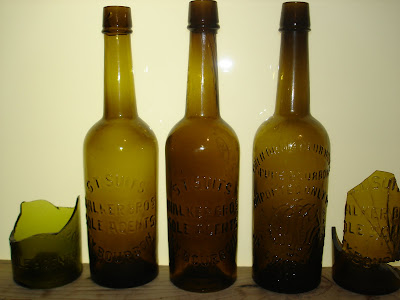 Color comparisons...
Now my Clubhouse is not as green as the two "pure green" examples known.   Mine is more of a yellow green... everything is looking more amber in this photo!   as a point of reference...  my Club is the one on the fencepost in Thomas's earlier book.  some of you may remember that photo.
Anyway,  compare the Club with the two different shades of Suits fifths.
The Hotaling shard is probably close to the green Clubhouses in color, so the Suits are not quite that green... not many fifths are! 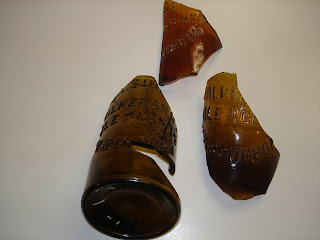 The S.T. Suits is known in three color shades.

There hasn't been that many broken ones found over the years.   Probably less than 20. 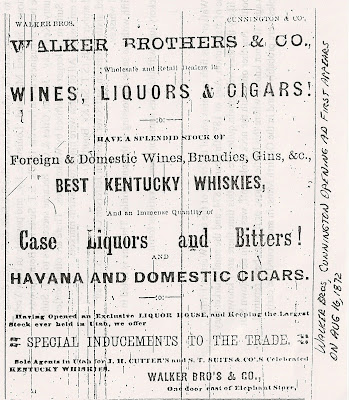 The Bros. were also agents in Utah  for Jessie Moore Whiskies.    J. Moore shards are scattered all across the state. 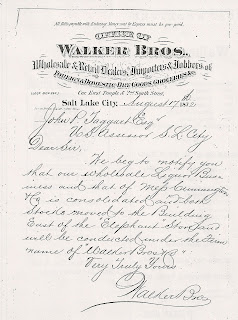 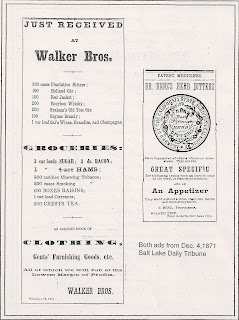 Even before the merger or the official start of the liquor house... the Bros. were selling  popular products out of their dry goods store.   Miner's outfitters.
Posted by soleagent at 9:05 PM