Perhaps the A R B initials represent A. R. Baldwin & Co.  Based on the above ad, Sacramento Daily Union April 26th 1866, they had a whisky on market.  Most of the bottles that were dug next to this base were mid 60s, so the timeframe fits perfectly, but it's still just a theory and likely the closest we'll come to knowing the truth. 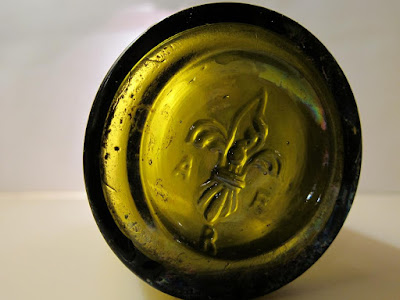 Here are two more interesting pieces. Both were dug in a mid to late 1860s layer in California and exhibit characteristics of early western glass. I have seen intact examples of both, so there may be a few of these floating around, but as far as the possible companies or people these symbols represent, I'm at a loss. 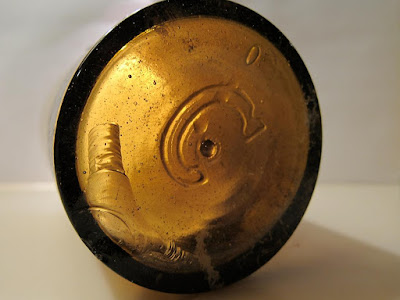