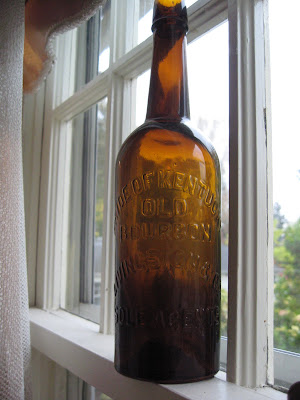 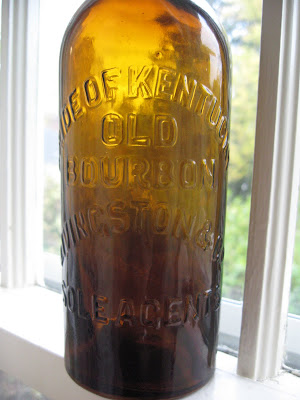 Here is a bottle that is somewhat of a mystery to me... They are supposedly fairly prevalent, with over 30 examples in collections. I just do not see the glob top Pride available for sale, nor have I heard of a mint example being dug for many years. This bottle sure looks fairly early, with the "fat" body, and early style base similar to an early non-crown Cutter Hotaling. But, they also come tooled, which like the Mc Kenna's, indicates a pretty long run. This example is an old amber, and has a strong strike for this bottle. This has been a fifth that I have had the hardest time upgrading, as there just does not seem to be any available. Once highly regarded, and firmly in the "top 25" they seem to have fallen out of favor a bit, but nobody is letting go of theirs! Anyone out there dug a Pride? Ever? It would be great to see some nice examples posted.
Posted by Westernglassaddict at 3:33 PM