My dad and I caught the Miller's bug a few years ago after being inspired by another collector who has long admired these attainable, yet classic, beautiful, and colorful western flasks. Miller's Extra was an old bourbon very popular amongst the old miners during the 1870's. At that time they were coveted for the whiskey "inside" that would gladden rough and tumble mountain-men after a long day of physically bruising work, help to fight off the bitter cold in their small tent cabin, or to perhaps celebrate and share the success of their most recent gold or silver strike....nowadays they are admired more for their "outside" aesthetics. From what I know these have primarily come from mining camps in California and Utah, some from Northern California towns, Oregon, and Nevada. Any other reports out there as to their popularity in any other Western states? 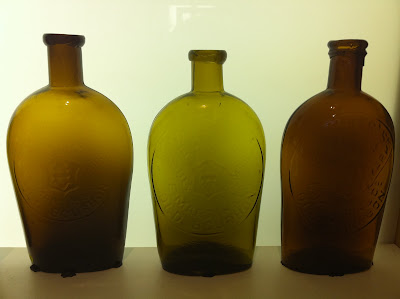 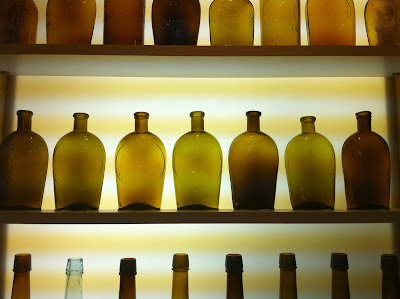