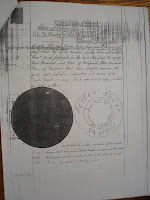 Some additional information that you may find interesting on Wormser Bros. Their popular brand Golden Sheaf Whiskey was granted a trademark in the "State of California" on Oct. 24th, 1867. As has been noted in other publications the colored, circular label portrays a women in a wheat field holding a sheaf of wheat. Very similar to the proposed trademark in the application with the state. I have seen at least two of the Wormser Bros. (tf-63) flasks over the years that have been dug with the label remaining intact. The late Charlie Frates had an example with a complete label that was found high in the mountains in the area around Ely, Nevada. This area is routinely under snow for 5 to 6 months a year. Interesting that labels on bottles and cans survive in this environment. 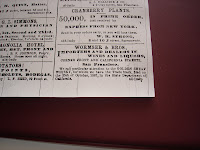 Warren Friedrich has been doing a tremendous amount of research on western bottle manufacture and western glass works history sent me this interesting advertisement that appeared in the Sacramento Daily Union for a full month beginning on Nov. 5th 1867. Apparently Wormser Bros. were quite proud of the Golden Sheaf brand.


For many years, there has been much conjecture as to where particular western bottles may have been blown. The Pacific Glass Works or possibly it's competitor the San Francisco Glass Works. Bottles that are known to have been distributed during this 1867 to 1870 period had been the focal point of Friedrich's research because there was that obvious gap in production at San Francisco Glass Works. (Burned down in Jul. 1868, production restarted Sept. 1870) Bottles that were distributed in 1869 -1870 had to be blown at Pacific Glass Works... right?

Well, not so fast.... it's not quite that easy. Friedrich has uncovered some fascinating information on bottle manufacture, mold making and mold ownership, and some completely new and fresh information on some of the rarest western blown bottles. I'll let him tell you about it in the book he is writing. It is great stuff!! As far as Wormser Bros., the (tf-62) horizontal seems to disappear about the same time as the S.F. Glass Works burns down. The (tf-63) vertical is definitely around in 1869 so maybe the Wormser brothers were Pacific Glass Works clients from the beginning.

I have not found any other brands that the Wormser Bros. have trade marks granted for. However, just recently an interesting bottle was found wrapped or enclosed in a leather case. It was the Wormser vert(tf-63) and the label was preserved perfectly. Not a Golden Sheaf label, but EUREKA WHISKEY - PUT UP BY WORMSER BROS. S.F. Check it out at this link. Very interesting. www.fohbc.com/PDF_Files/WesternFlasks_Fa2005.pdf.
I have no additional information on this Eureka Whiskey brand. If anything new has turned up, type us a comment.
Posted by soleagent at 9:53 AM