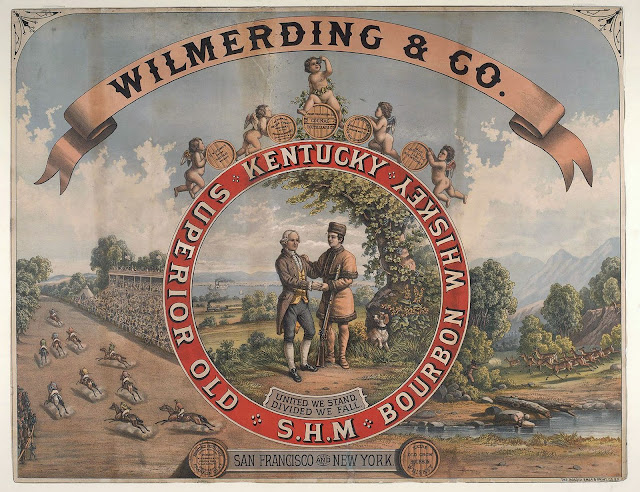 I received an email from Bill Curtis this morning regarding his acquisition of the C. W. Stuarts, and his observation about the similarity of the embossing area coverage on the Stuarts and the embossing pattern on the SHM. In the email, Bill sent a couple of rubbings along with the possibilty of the Stuarts bottle being a reworked SHM mold. An interesting consideration to say the least. 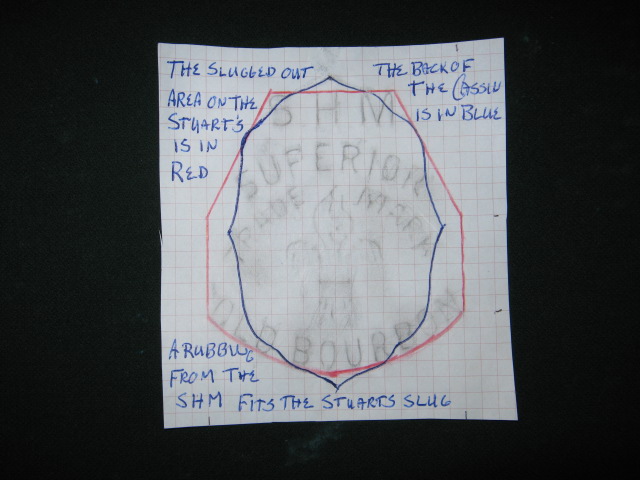 First off, congratulations to Bill for having the good fortune to have the opportunity to acquire the bottle and have the funds to do it with (both at the same time). Seems like, at least for me, I have money when there's nothing available or visa versa... The Stuarts is a key piece and Bill should be mighty pleased to add it to his collection!

Rather than offering up an opinion in response to Bills email; I'm going to respond with a number of facts and questions. Maybe we can put our heads together and come up with a reasonable group hypothesis.

As we all know, mold modifications were a common place occurrence and we've seen numerous examples where So and So became So and Co. when the second "So" dissolved the partnership. Same goes for Bottled "For" being peened over, replaced by Bottle "By", etc. etc.

We also now know, subsequent to the discovery of the Wilmerding & Co sign that documents both east and west coast distribution, that the firm was actively merchandising C. W. Stuarts, McKenna's, United We Stand, SHM (and a few other brands) concurrently.

According to Thomas, the Stuarts was blown excusively by C&I of Philadelphia. The McKenna's and the SHM were blown both by C&I and in , the United We Stand only in S.F. since none have been documented with the C&I base mark. Cunningham and Ihmsen remained in business until 1878. The question then begs, if the Stuarts and the SHM were blown at the same time, and by both eastern and west coast glass works, what would be the logic of modifying the mold by slugging out the embossing when both molds were in concurrent use?

We then look at logistics. Assuming that the SHM mold was no longer needed, and that the S.F. glass works decided to created a new half mold for the Stuarts, which makes more sense. Would they 1) Peen out all the embossing and then re-cut the old mold with a new "pattern" or 2) simply take a new fresh half plate mold out of stock and cut in the new "pattern"?

Personally speaking, based on my research, John Thomas assumed a lot without having the facts to back up his statements. As I've stated previously, John did the best with the research tools that he had available and we owe him a huge debt of gratitude for giving us the foundation of research upon which we've continued to build. And in his defense, a lot of his assumptions made sense at the time based on the documentation that he had available.

Regardless, when one takes all the facts into consideration regarding the Stuarts, you have to question whether the shield was a reworked mold at all; regardless of whether it was a Cassins or an SHM~


Thanks for catching the mistake in my original posting. I had two draft copy's open and mistakenly posted and emailed the rest of the gang the one with typos and the oops re the SHM being western only. The correct one posted on the tool site. I've now posted the correct one along with a copy of Bills rubbing and a photo of the Wilmerding sign.


I've got two SHM's at this time. Both came from the same base and front and back half molds. Quite obviously blown at different times, though since one is a rich olive green amber with the other being an extremely light yellow orange (like the color of a dried apricot). Both bases are void of glassworks initials so assume they are western. Since their is no plural or possessive words, no seraph is present.

Another consideration is the back half mold. There's the issue of the shoulder logo on the label half of the mold. The K is vastly different from the W&Co. on the SHM, and much additional effort would have been required to peen out and re-cut it as well. But there's no evidence of a rework on the rear half of either. Finally, assuming that the rear are two different half plates, why re-cut only the front half, but not the rear?

As far as the point or seraph in between the T and the S goes in regards to the Stuart's, it does have one pictured in Thomas. I'm not sure if that example is the C&I or the S.F. variant. But, according to Bill, the Stuarts was blown only by C&I so it's a moot point. My western McK does not have one but my Miller's, Simmond's Nabob, Blake's and OPS / Hotaling's all do. I suspect that it may have been an intentional omission on the McK mold since it is not present on the sign while the Stuart's on the sign does have it.


Bill sent the following to Denny so thought I'd attach it as well;


I went to Ken`s this morning and got a rubbing of the C&I SHM. Here it is. Can you send it to somebody to post it? I have been trying to figure out how to down load a picture onto Roger`s site, it is beyond me. You can see there is a little difference in the size of the C&I embossed area due to the smaller size of the C&I SHM bottle. It fits the pattern on the back of the Stuarts better than the S.F. made SHM. The C&I SHM lettering and the 1 has points/saraphs, and straight legged R's. The SF SHM has curved R's.
Denny replied;
You're right, seems like the C&I SHM lettering fits the area of the Stuarts back pattern even better than the SF SHM in your original rubbing.
I'll forward this along to the website guys via this email. I'm not sure I would be successful either in attempting to post your attached picture correctly. 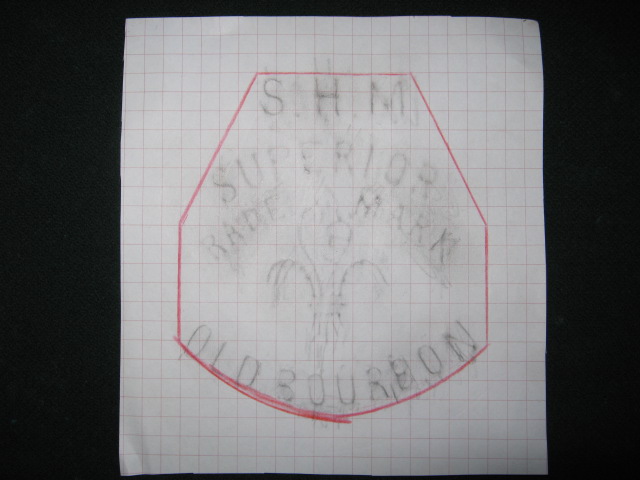 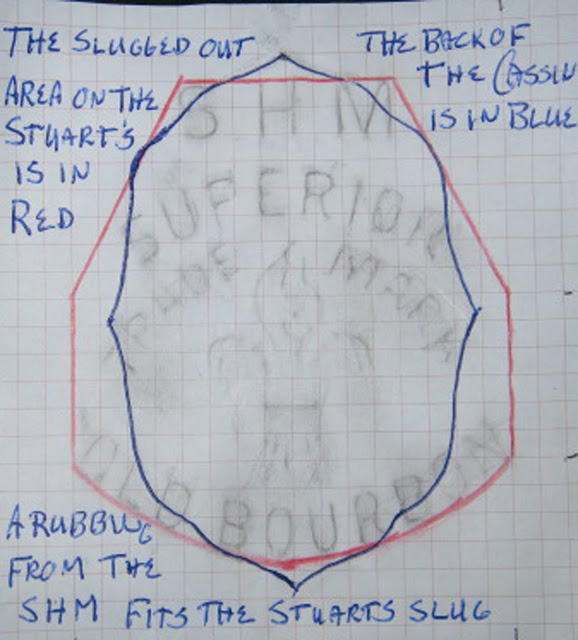