Here is an interesting website that contains some information about bottle moulds,  bottle manufacture, etc.
Check out his posting on "mold cavity half-leaf repair marks".    We have all seen these on bottles,  there was an article on these marks in the "Antique Bottle and Glass Collector".    I have a Shriver's Oyster Ketchup  with that exact mark,   I just sold a Boley soda with similar mark.
Interesting stuff...     hat tip to Red Mathews

As reported by Warren F.,   most likely a mark or anomaly created by the pinching and then re-centering of a bottle during the early stage of bottle formation. 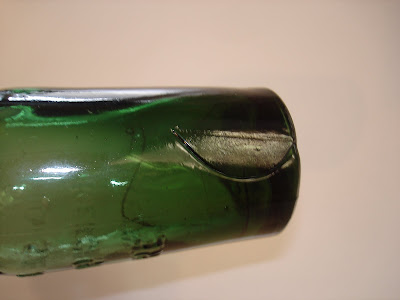 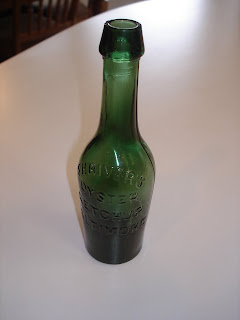 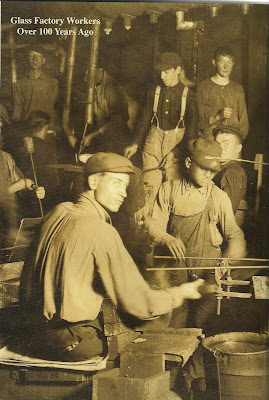 Another picture from Ray Klingensmith's Auction#62.

Probably newer than the bottles we are talking about in this post.

That mould boy on the upper right looks like a bottle pincher to me.
Posted by soleagent at 10:23 PM