One of my favorite movies of all time is ; the one with Kurt Russell, Val Kilmer, Sam Elliott, & Bill Paxton.


One of the many memorable lines, (and my favorite) went like this; Wyatt says, "Well, I'll be damned", to which Doc Holiday replied "You may indeed - if you get lucky".


While perusing the Reno Evening Gazzete November 12, 1887 edition, I stumbled across an advertisement on page 4 which clears up a mystery that's dogged us since John Thomas came out with his first book on western whiskies, back in the sixties.

John stated, "As far as known, nobody has found one of the Thistledew bottles with a label. This bottle is still only believed to come from the West." All but a couple of the few known Thistledew examples were recovered in , and . 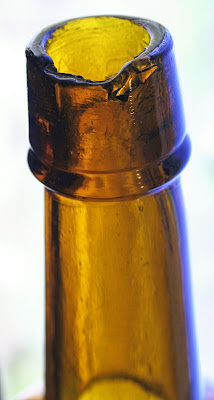 The advertisement spells it all out in a nice neat package. W.O.H. Martin / For Wholesale & Retail / Sole Agent for , , and Lassen and /.

Well John, you can't get much more "western" than the Silver State! Looks like Tommy Taylor has company now. Thistledew is a Whiskey.

Just got an email from an acquaintance on Oahu. I stand corrected. At least two globby Thistledews have been dug in and around Honolulu. A little more "digging" turned up the reason;

Followed by this one from the December 17, 1887 edition of the Hawaiian Gazette. Kinda gives a new meaning to crossover, eh?

Here's a fresh example, dirt and all. Check out the drip on this puppy! 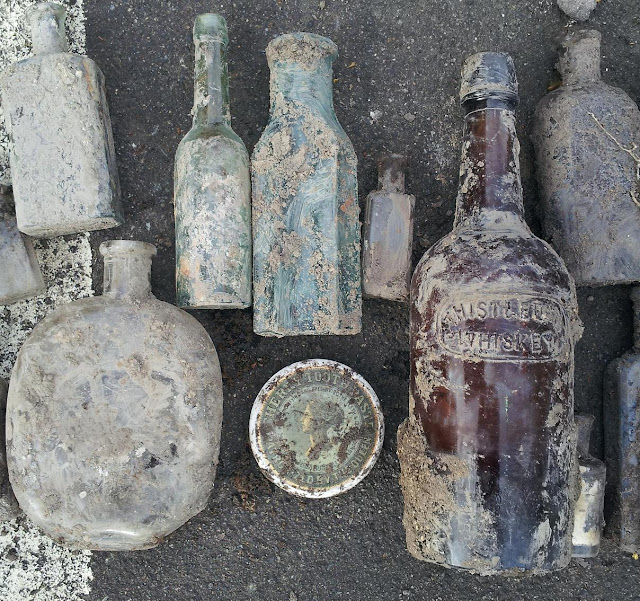