Thomas called these Newman flasks, but the real Newman flask is embossed on the
bottom with C.Newman, Pat. Oct.10th 1876. Oregon has four of these emerald green
Token flasks and two of the unlisted ones are pictured below.

The other two are the

from Oregon Importing Co. and

Both of these flasks have appeared at Oregon Bottle Showʼs in the past. 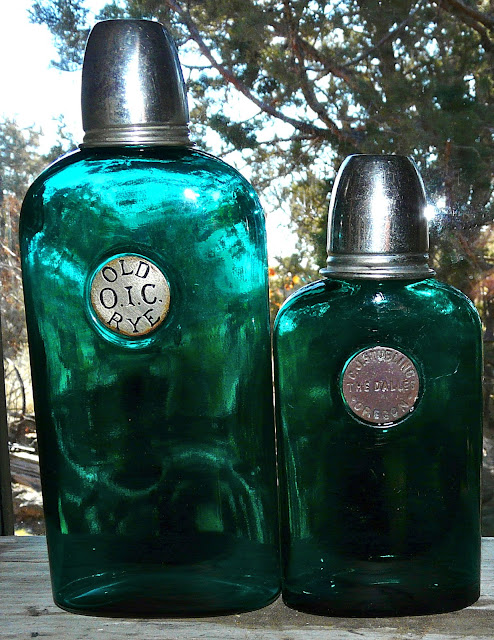 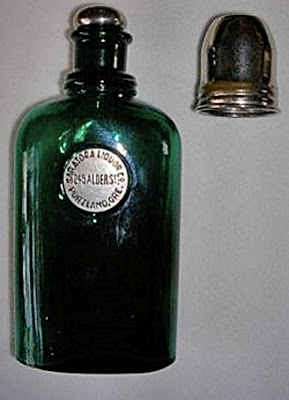 was owned by Harry R. Eaton and it was difficult to find him in the directories because he
was only in business for one year in 1911.
It seems like most of these owners that moved around
would use these token flasks because a new token would much easier and cheaper
than embossing a flask. Also the token flask is one of the prettier flasks made. The
token could be placed upside down so it could be read while drinking it. To my
knowledge only one of these Saratoga Liquor Co. flasks is known in 2012.

is attributed to W.J.VAN SCHUYVER & CO
as each of his initials W.J.V.S are incised inside the same logo used on his embossed
cylinders and his Cyrus Noble shot glass on page 120 in Barbara Edmonson's book.


Shot glasses were also produced to advertise these brands.
Here's a few examples: 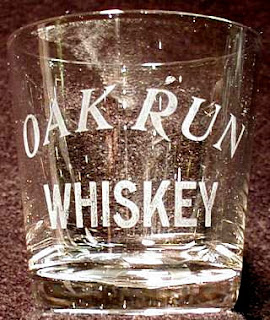 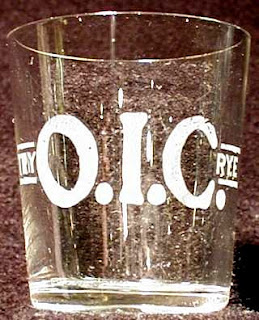 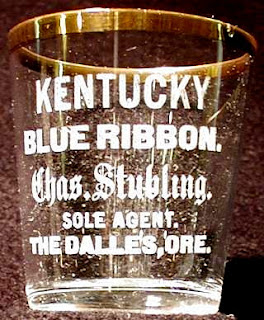 Many thanks to Margie Ornduff for bringing the Van Schuyver token flask to the Feb. 2012 Aurora Show
Shots courtesy of the Ken Schwartz collection.
Posted by Kentucky Gem at 7:35 AM